Hey everyone! It's me, Karl Marx, progenitor of modern socialist theory. I was born in Trier, Prussia, but I had to live in London for awhile because of some shit. Now I come to you live from a secret moonbase where various revolutionaries have brought me back to life through the voodoo of the proletariat. Despite what you may have heard, I'm a pretty chill guy. I mean, sure, my critique of capitalism is basically perfect (not to mention over 9,000 pages) and my dialectics will fuck the shit out of your dialectics; but at the end of the day, I like to kick back and drink a beer or six like everyone else. Maybe woo a couple fine proletarian honeys, maybe smoke some trees with my homeys Engels and Trotsky (Lenin is too uptight, and Stalin... man that guy is a jerk). You know how we do it on the moon! Actually, you don't, I guess, because it is a secret base. Anyway. My interests include class warfare, the deconstruction if imperialism, critiquing the status quo and hating on the bourgeoisie with a fury rivaled only by the east coast-west coast rap battle. I also like German Romantic music and the works of the Notorious B.I.G.

In conclusion, fuck Bakunin, Ricardo, and that punk-ass beezy Adam Smith (I'm about to slap him upside the head with the invisible hand of my mac-10)

USERS OF THE WORLD, UNITE! YOU HAVE NOTHING TO LOSE BUT YOUR POST COUNT, AND A FORUM TO WIN!

But if you didn't guess by now, this is actually Robin. I'm so bored at work. 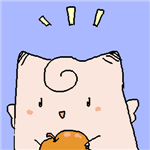 This is a forum. Get used to reading this shit.